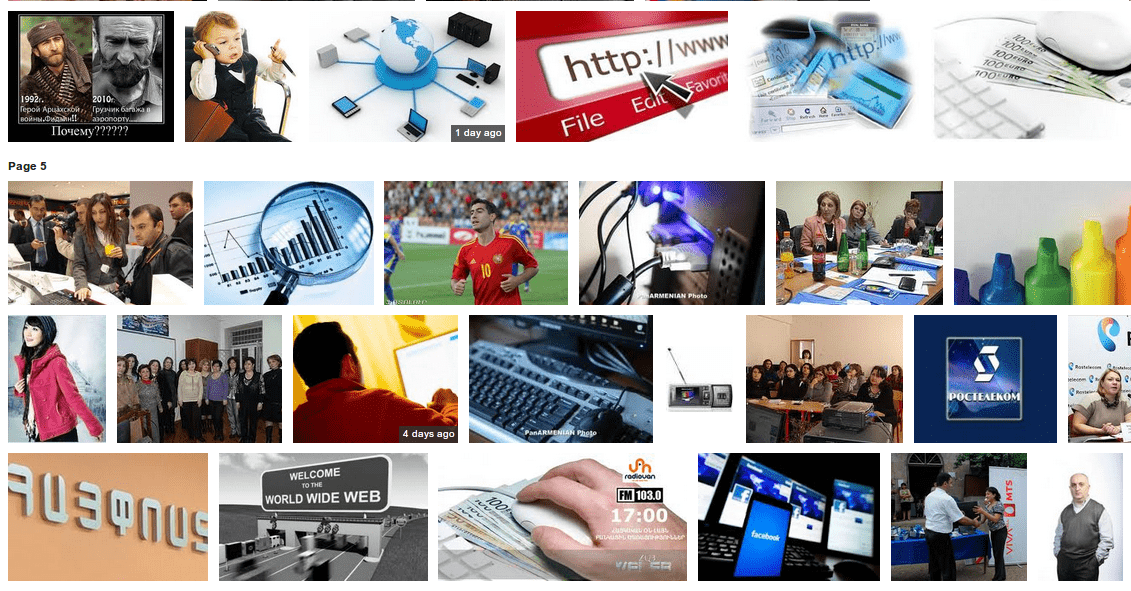 In Armenia, 33% of adults in 2011 reported having home internet access, according to Gallup surveys conducted in 148 countries. This is by 1 percentage point more than the global average, which stands at 32% according to the same source.
It is important to understand, that the Gallup survey doesn’t reflect the internet penetration rate, because these results only reflect responses to the question — “Does your home have access to the Internet?” So it is possible that adults have access to the Internet through other means, including schools and universities, Internet cafes, and smartphones.
However, this is a very interesting survey with its Global reach. I’ve used the figures in the suvey to build the chart below.


Hence, according to the Gallup survey, 29% of adults in Georgia and 15% in Azerbaijan said they have internet access at home.
Wordlwide, fewer than one in 10 respondents in 41 nations said they had Internet access in their home, including 0% in Burundi, Guinea, Mali, and Madagascar.
Access in Sweden and Singapore is highest worldwide, both countries are tied with 93% of residents reporting home Internet access, followed by Denmark and the Netherlands, where more than nine in 10 do.

Earlier this month the Armenian Government officially approved a method for determining the internet penetration rate in Armenia.
In the past, the data was collected by a methodology proposed by the International Telecommunications Union. Armenian government claims, that the ITU’s methodology is not accurate.  In 2009 internet penetration was only 6.4% of Armenia’s population according to ITU. In 2011 and 2012, the ITU was using figures provided by Armenia’s Public Services Regulatory Commission. According to these figures, in 2010, Armenian internet users comprised 47.1% of the population; in 2011, this figure was 60.6%.


The Caucasus Research Resource Center (CRRC) does alternative research to determine Armenia’s internet penetration rate. 44% of Armenia’s population was using the Internet in 2011 according to CRRC. Back in April 2012 American scholar and South Caucasus technology expert Katy Pearce had published a great infographic on internet penetration and usage in Armenia, as well as the other two South Caucasus countries.


Even if I’m still not sure which figures to trust, it is clear, that internet penetration in Armenia is growing and surpassing the global averages.
Here you can see another chart taken from YouTube, showing, as prominent technology blogger Kornelij rightly noted, for the first time, that Armenia has surpassed the global average of accessing YouTube servers.
YouTube is the 3rd most popular website in Armenia (after Facebook and YouTube’s mothership Google) according to Alexa.com, so it seems, that YouTube is becoming a major competitor for the Armenian TV networks, which are already facing increased competition from online news portals.