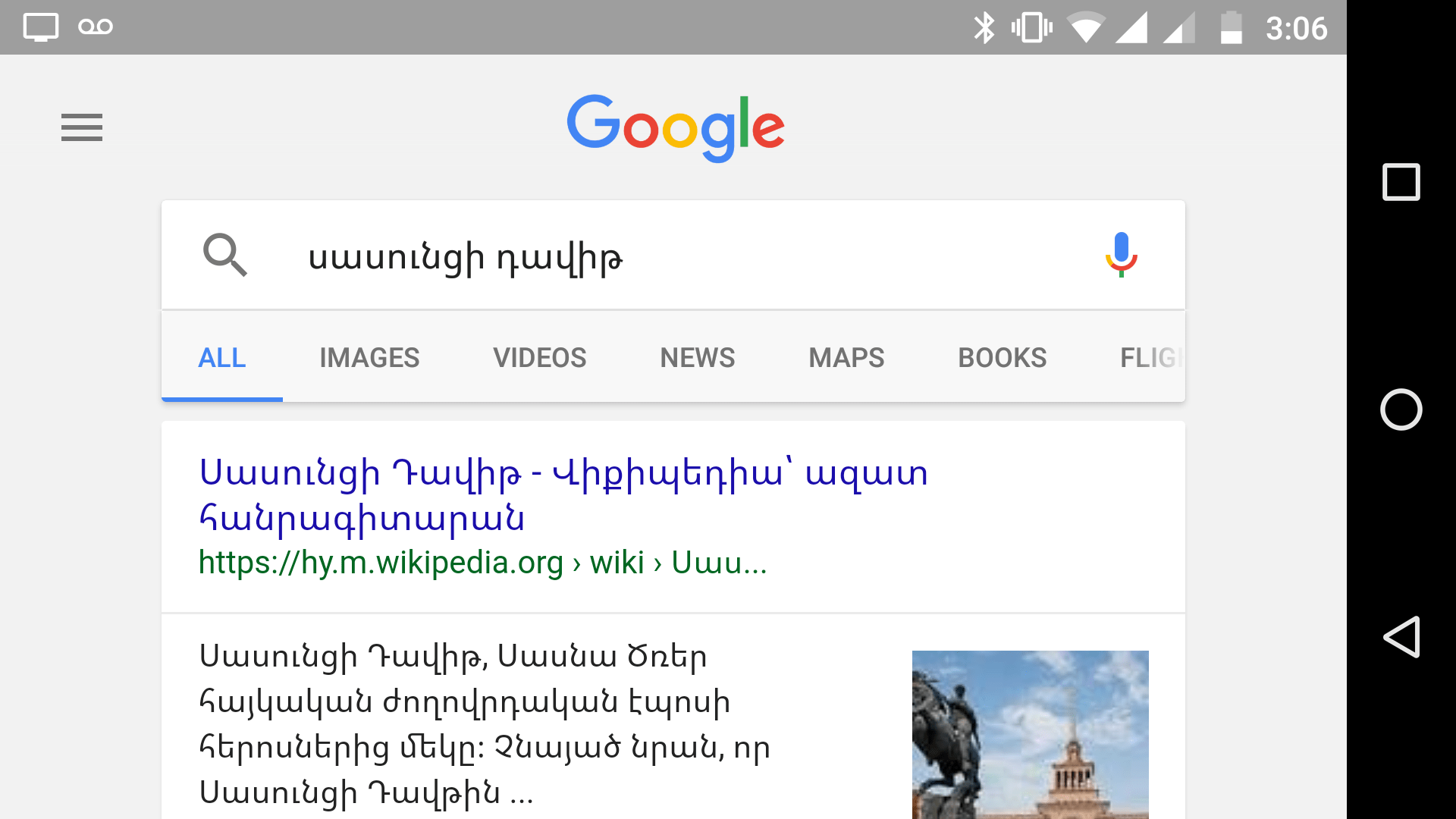 Google’s speech-to-text recognition added another 21 languages on Monday, bringing the number of supported languages to 119. Armenians will be happy to know, that Armenian is among the newly added language options.
I successfully tested it with Google Search, Gboard (dictating an SMS in Armenian) and Google Translate. So far haven’t had time to figure out if it can work with my Google Home, but if and when it does… that will be something!!!
PS: I was a bit angry at Google Blog, when I read the following: “To honor languages around the world, speech recognition will support ancient languages such as Georgian, which has an alphabet that dates back to the 10th century. ” Come on! Armenian alphabet dates back to the 5th century, why don’t you use it as an example? (This is such a normal Armenian reaction!) But other than that, this is certainly a welcome addition to Google’s services.