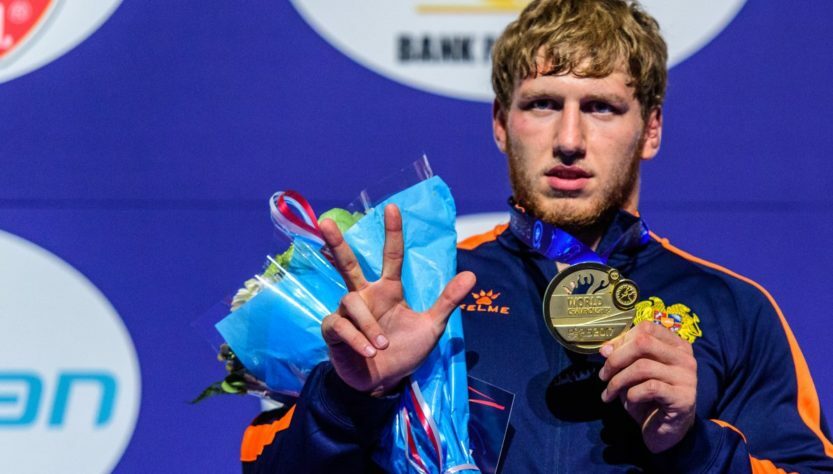 Artur ALEKSANYAN (ARM) won a third world title on Monday in Paris to go with his Rio 2016 gold medal with a 3-1 win over last November’s Golden Grand Prix Final winner Musa EVLOEV (RUS) – in a bout in which both wrestlers were cautiously aggressive.

The 98kg Gyumri-born Greco-Roman wrestler, who goes by the nickname “Polar Bear,” has been subject to much of national pride in recent years. Last year he won at theSummer Olympic Games in Rio, Brazil, to bring home Armenia’s first Olympic gold medal in 20 years.
I don’t know much about sports, but looks like there’s no stopping him! Great win, Artur!