My favorite Kardashian sister, Khloe, unveiled a necklace made after Armenia’s Coat of Arms on Tuesday.

“Հայկական նշան ա… ,” Khloe says in Armenian in an Instagram video, (Tr. It is an Armenian sign) showing off the necklace. “Look at my Armenian crest that my baby made for me. I love it.”
It was a gift from her boyfriend Tristan Thompson and seems to be made of gold or is gold-plated.
Khloe has made a total of 4 video posts and photo post about the necklace on Instagram. The whole gig is a big show of support for everything Armenian. Way to to go Khloe!
Khloe Kardashian visited Armenia in April 2015 along with her sister Kim Kardashian and rapper Kanye West, directing global attention at Armenia and vocally campaigning for Armenian Genocide Recognition as the celebrity sisters visited the Genocide Memorial. Both sisters have also been very vocal about Armenian Genocide recognition in their social media profiles, with Kim Kardashian’s posts being especially influential as she commands an especially big audience on various platforms.
PS: I mentioned Khloe is my favorite sister. We’ll, its actually a joke, I just meant that Armenian men are for some reason especially attracted to blonds, so as an Armenian man I’m supposed to like her more 😀 And did I mention that I got to see the sisters during their visit to Yerevan? Well, I was somewhat far and there was a huge crowd in between and I’m kind of short-sighted, but I was there lol 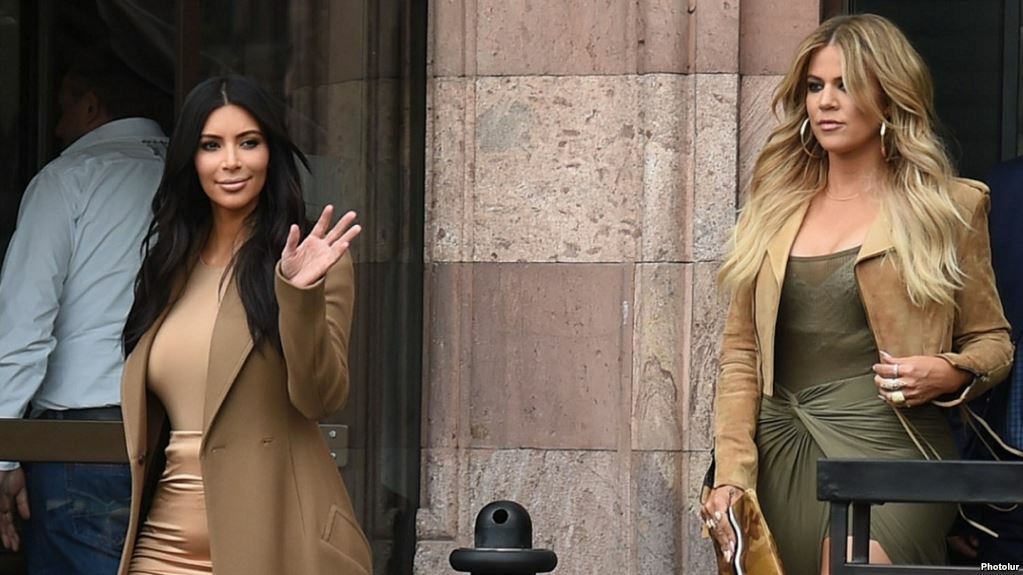