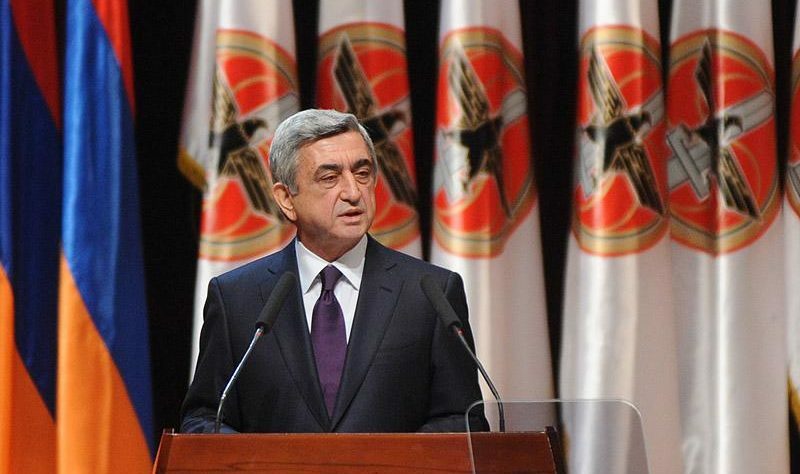 If anyone had any doubts, Serzh Sargsyan gave the clearest signal so far about his intentions to stay in power after his second presidential term expires on April 9th.
Back in 2014, when he started the process of the controversial constitutional changes, Sargsyan pledged not to run for the post of the president again. Amid continuous criticism by the opposition, he also promised not to attempt to hold on to power in the capacities of the Prime Minister or Parliament Speaker as well. However, speaking to Tert.am today (in Armenian) he did another one of his famous U-turns.

Sarkisian claimed on Monday that his political opponents are taking his 2014 statement “out of context.” “I still do not aspire to the post of prime minister,” he said. “But I have never regarded myself as someone who is guided by prejudice or rigid thinking. I cannot fail to reckon with the reality and think that I bear no responsibility for the future and our country’s smooth course.”

Since the start of the Constitutional ‘reforms’ I never had any doubts that Sargsyan is turning the country into an Asian style dictatorship, but it feels devastating all the same.