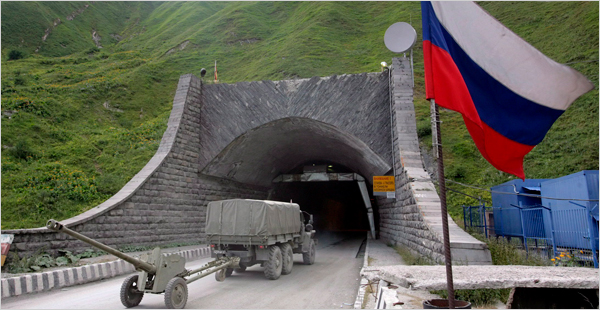 The Roki Tunnel, which links Russia and South Ossetia in Georgia. When Russian forces moved through the tunnel into Georgia at the war’s start is in dispute.
By C.J. CHIVERS
Published: September 15, 2008 in the New York Times
The New York Times carries an article about new evidence, which Georgia is trying to present as solid proof, that the Georgia-Russian war was in fact started by Russians. Georgia has provided intercepts of phone calls along with English translations to the New York Times, claiming, that it is sufficiant evidence.

Make sure to read the full article for more. My opinion? Georgia is just trying to save their face, and the calls might well be fabricated. Even if they aren’t – they don’t prove anything.