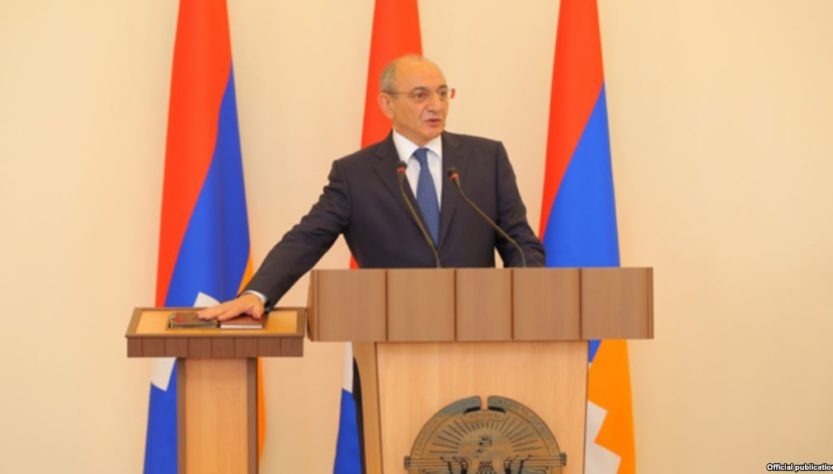 This is a sad day. Nagorno-Karabakh President Bako Sahakian personally and deliberately defeated one of the greatest arguments in support of Karabakh’s independence from dictatorial Azerbaijan by swearing in for yet another term on Thursday and extending his decade-long rule.

There are, of course, lots of ‘reasons’ and ‘explanations’ given by the Karabakh authorities, one of them being that this is just a transitional presidency. But come on, anyone clinging on to power for that long looks wrong from the perspective of the international community, don’t you get it?
This. Is. A. Sad. Day.