Home>Armenia>Why Azerbaijani Laundromat is Bad for Armenia and Georgia 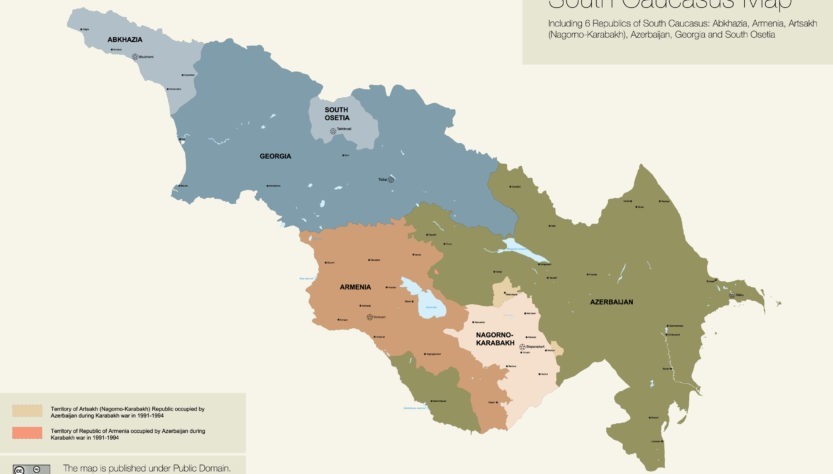 Even though Armenia, Azerbaijan and Georgia are vastly different states, they are always viewed together as one region — the South Caucasus. This means that all international human rights, anti-corruption and democratization reports will look at the indicators from these three countries and try to ‘bring them in line’ together.
The problem with this approach is this — Azerbaijan is in such a very, very bad shape these days that anything Armenia or Georgia do they will still seem like heavens of democracy and human rights.
Frankly, all I care about is Armenia. And here’s what I see — when criticized, the authorities will usually say — yes, we have problems, but look at Azerbaijan! In fact, this has become the usual mantra to justify anything.
But let’s put things in perspective, shall we?

Bulgarian reporter Dilyana Gaytandzhieva revealed in August that Azerbaijan’s state-run Silk Way Airlines has shipped 350 planeloads of heavy weapons and ammunition to terrorist groups around the world in the last three years under diplomatic cover.
After she published her article, Dilyana revealed that the Azeri Embassy urged the Bulgarian government to investigate her; as a result, she was fired from her job.

I've just got fired for telling the truth about weapons supplies for #terrorists in #Syria on diplomatic flights https://t.co/wSJTRIzKnr

The Organized Crime and Corruption Reporting Project (OCCRP) published a report early this week which details how Azerbaijan’s ruling elite used a $2.9 billion slush fund to pay off European politicians, buy luxury goods, and launder money. The report, which I first came accross with on the Guardian, was all over the place forcing the UK authorities to file an investigation and promise to tighten regulation.
Eurasianet investigated the story further and found, through Hungarian investigative journalism NGO Atlatszo.hu, that some $7 million payment from Azerbaijan into a Hungarian bank account, timed suspiciously closely to Budapest’s extradition of a convicted axe-murderer to Baku, where he was given a hero’s welcome and pardoned. The murderer is Ramil Safarov, who was lieutenant in the Azerbaijani army and axed a sleeping Armenian army lieutenant Gurgen Margaryan in Budapest during a NATO-sponsored language program.
Hungary later denied the charges.

Again via the Guardian report we learned that UNESCO Director-General Irina Bokova’s husband has received over half-a-million-dollars as part of Azerbaijan’s corruption and money laundering scheme. According to Djulfa.com this explains much of UNESCO’s “unflinching and hitherto inexplicable support of oil-rich Azerbaijan, despite the latter’s deliberate desecration of ancient archeological sites.” In light of her husband’s connection to the recently-revealed Azerbaijani money laundering scheme, Djulfa.com calls on Director-General Bokova to resign before November’s expiration of her second and final term as well as to publicly oppose the Aliyev regime’s candidate for UNESCO director-general, Polad Bülbüloğlu, who was Azerbaijan’s Minister of Culture at the time of Djulfa’s destruction.
PS: I usually prefer to use my very limited time on covering internal Armenian issues, but as you can see above, most of what’s happening with Azerbaijani Laundromat is closely related to Armenia. In fact, the conflict with Armenia provides the Azeri authorities with the justification to do anything — jail human rights activists and journalists on espionage charges, spend its oil-money around to ‘solicit’ support for Azerbaijan and via unconfirmed rumours, even work with terrorists in the hope that if a new war breaks out in Karabakh Islamist fighters would support Muslim Azerbaijan in its fight against Christian Armenians. Sadly, there’s not end in sight to all of this madness.