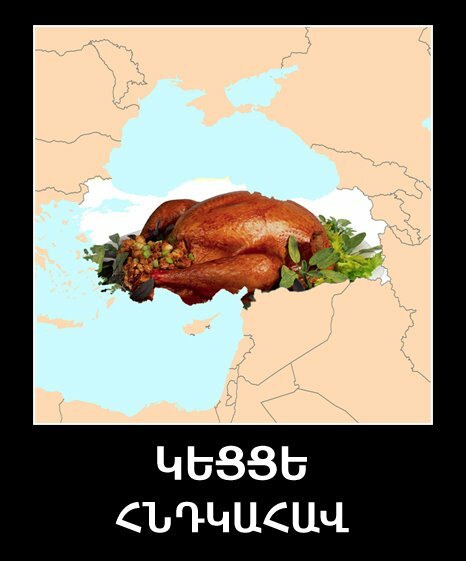 As the French parliament passed a bill criminalizing the denial of the Armenian Genocide, a Turkish guy’s hillariously failed attempt to post pro-Turkey messages in an Armenian group in Facebook have grabbed the attention of Armenian social networks and blogs.
Someone named Fatih Çiftçi has apparently tried to use Google Translate to get the Armenian equivalent of “Long live Turkey” and posted the resulting phrase into the Facebook group “Armenian Issues”.  He also posted phrases like “Turkey is the fastest growing economy in the world after China,” “Armenia is a poor country,” “GDP per capita in Turkey is $25,000 in Turkey while it is only $5200 in Armenia” and the like.
It would all be understandable, but… Google translated the word Turkey as the name of the bird-Turkey, which sounds like “hndkahav” (indian chicken) in Armenian and has no resemblance to the the word “Turkia” which is the Armenian equivalent of Turkey.
The guy soon understood his mistake and deleted his post (or someone else did, can’t be sure). Meanwhile, we all had some good fun!