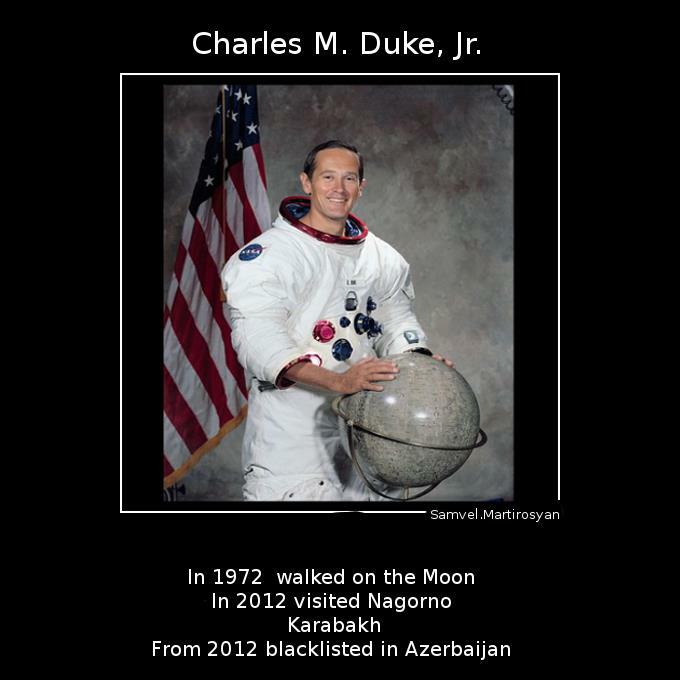 One of the 12 people who have walked on the moon – American astronaut Charles Duke will be included in the list of undesirable people in Azerbaijan as he “illegally visited” the breakaway Nagorno-Karabakh Republic, which Azerbaijan considers its territory for some reason.
A spokesperson from Azerbaijan’s Ministry of Foreign Affairs made a statement about it, after Charles Duke participated in the conference entitled “Man and the space” held in Nagorno-Karabakh on September 16.
Charles Moss Duke, Jr. (born October 3, 1935) is a retired US Air Force brigadier general, and a former United States astronaut for NASA. As lunar module pilot for Apollo 16 in 1972, he became the tenth and youngest of the 12 people who have walked on the Moon.
PS: There’s no PS this time. This is just funny! :)) And btw – kudos to Kornelij for bringing this to my attention!