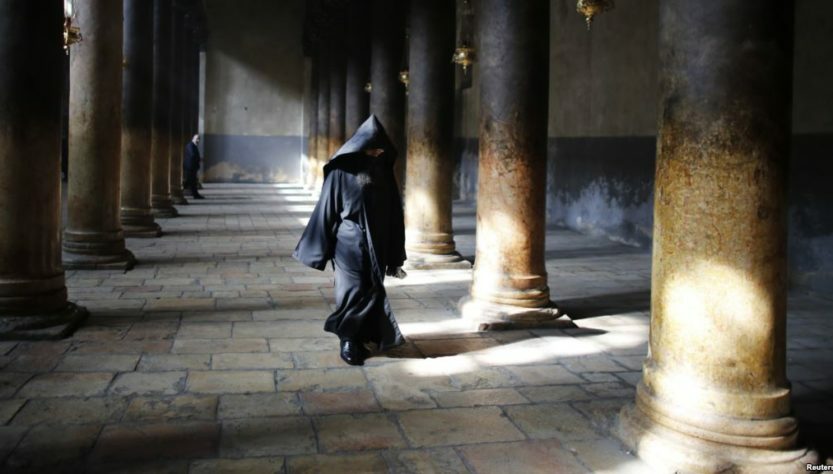 An Armenian priest has been suspended over allegations that he and two other clergymen abused a seminary student at Sts. Tarkmanchatz Armenian School some 20 years ago, RFE/RL’s Armenian service reports.
The Armenian Patriarch of Jerusalem Archbishop Nourhan Manougian and the church council launched an internal investigation and suspended Father Khad Jundurian shortly after the documentary entitled “Demons of The Past” was broadcast on Israeli TV.
In the film, former seminary student Hrayr Ezegelian (38) claims that the incident ruined his life and it took him two decades to speak up.
“I want to make sure that such things are never repeated,” he told in the Civilnet.tv report below.

Apart from the now suspended priest, Ezegelian also named Father Demetrios Atarian, a priest at San Paulo’s Greek Orthodox Church (Brazil) and Archbishop Davit Sahakyan of the Armenian Diocese of France, who passed away days after the documentary was broadcast. Earlier French newspaper Le Progres reported that French investigators had launched an investigation and brought child-abuse charges against the Archbishop.
PS: This story came as a very unpleasant surprise since the Armenian church is celebrating the Holy Easter these days. However, the swift action taken by the Armenian Patriarchate of Jerusalem is an encouraging sign. After all, this is a story about the Armenian church stepping forward to cleanse itself.