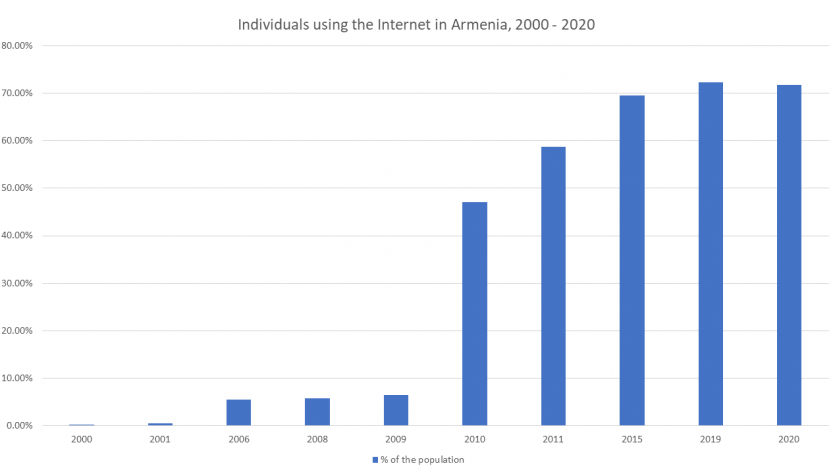 Struggling to do some actual work in these troubled times and working on a couple of international reports, I was looking through the data on Internet usage and noticed that for the first time since early 2000s the Internet penetration rate has declined in Armenia according to ITU.

Here’s a different chart that I found from PSRC reports, which contradicts to ITU’s data, where we can see that the number of internet users has grown to 2411519 in 2016, 2623632 in 2017 and 2893964 in 2018. So I guess we can conclude that the ITU data is outdated. I’m left to ponder, how to find the real and up to date numbers, since the PSRC website was recently hacked by Azebaijani hackers and is not available.

I’ll drop this table here from the ITU for future reference just in case.